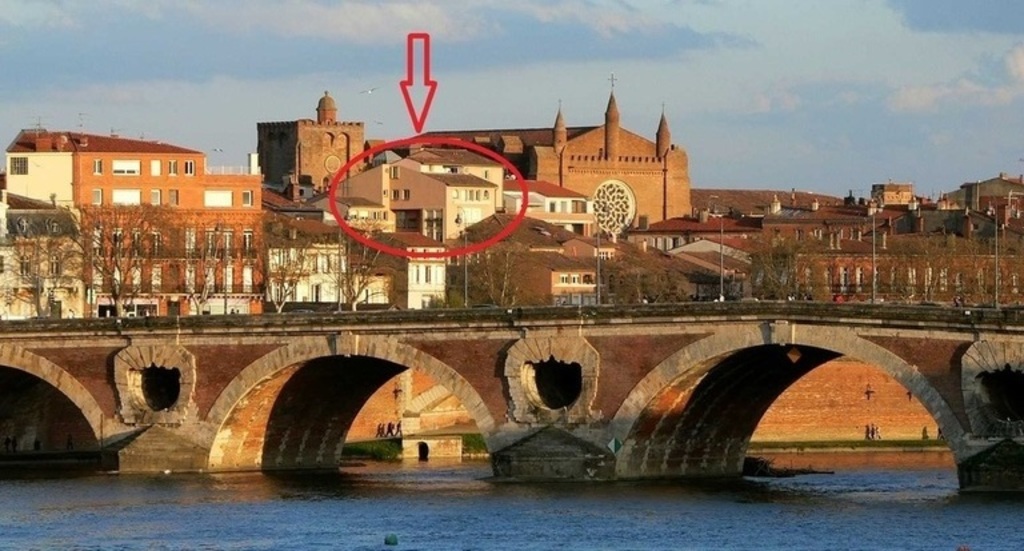 Our apartment is close to the Garonne river, in the building surrounded in the red circle and shown by the arrow (but you can... 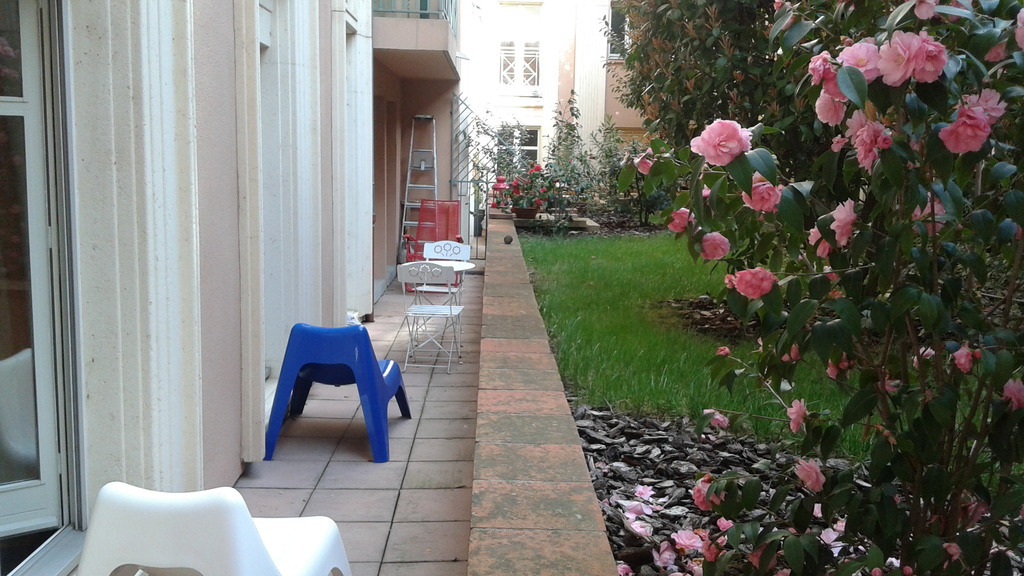 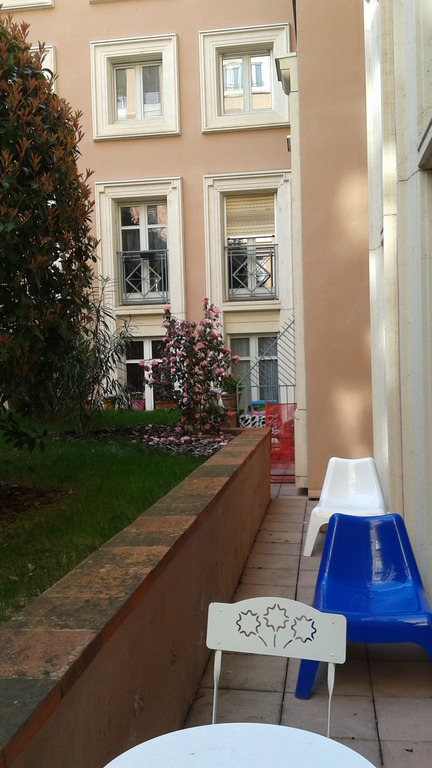 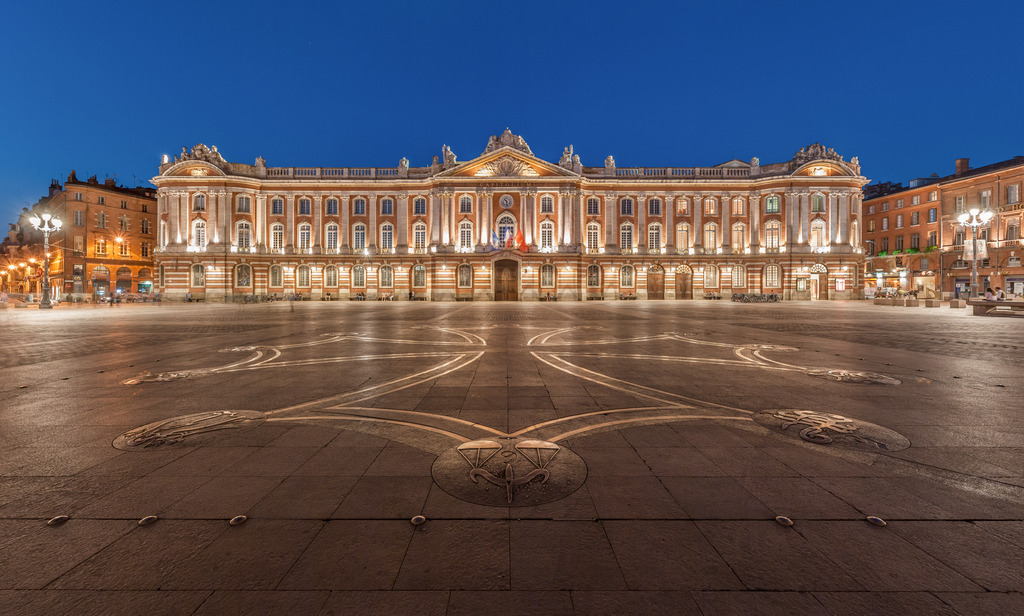 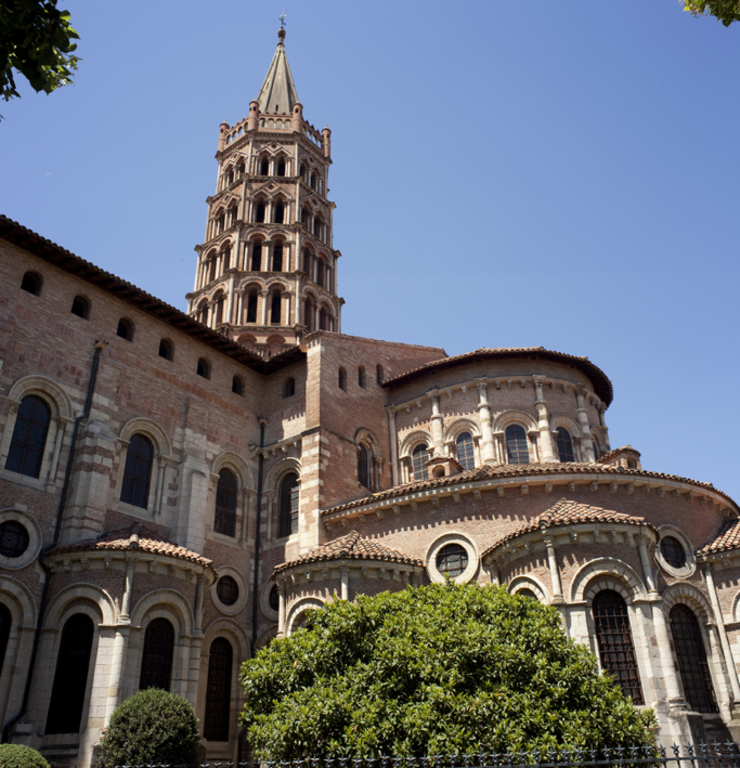 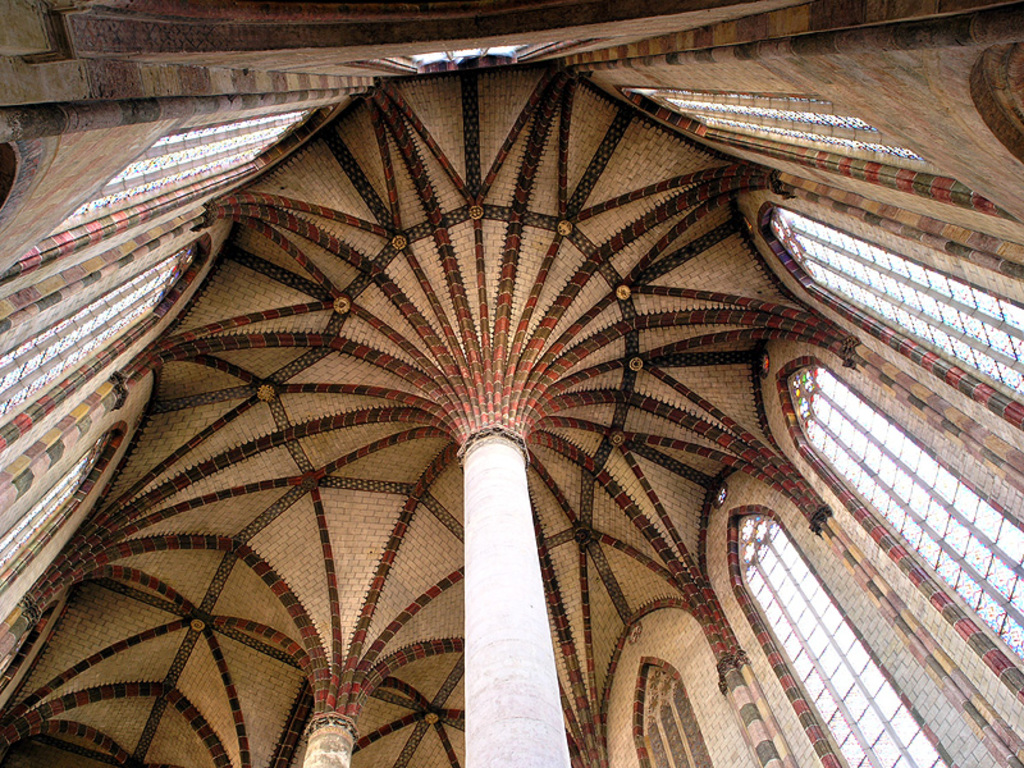 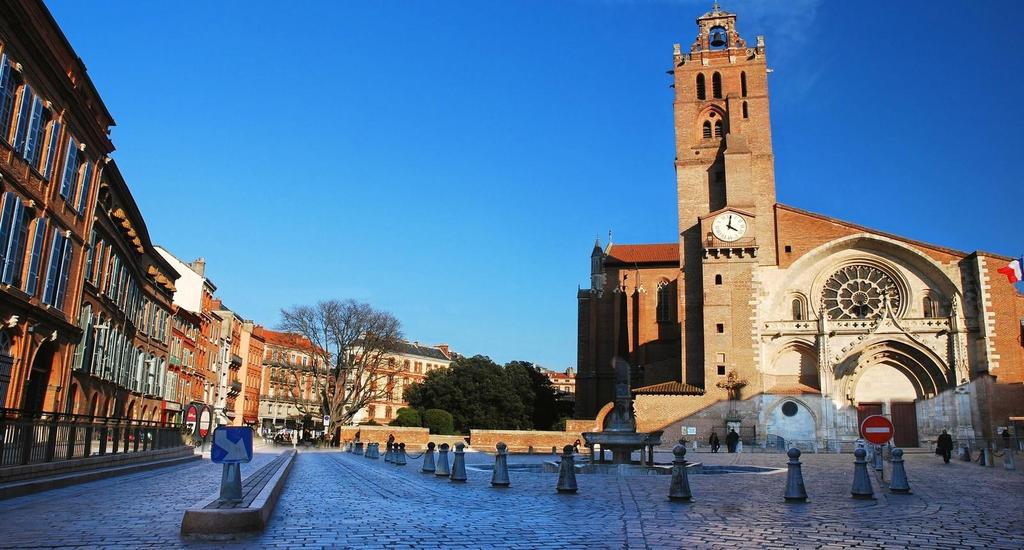 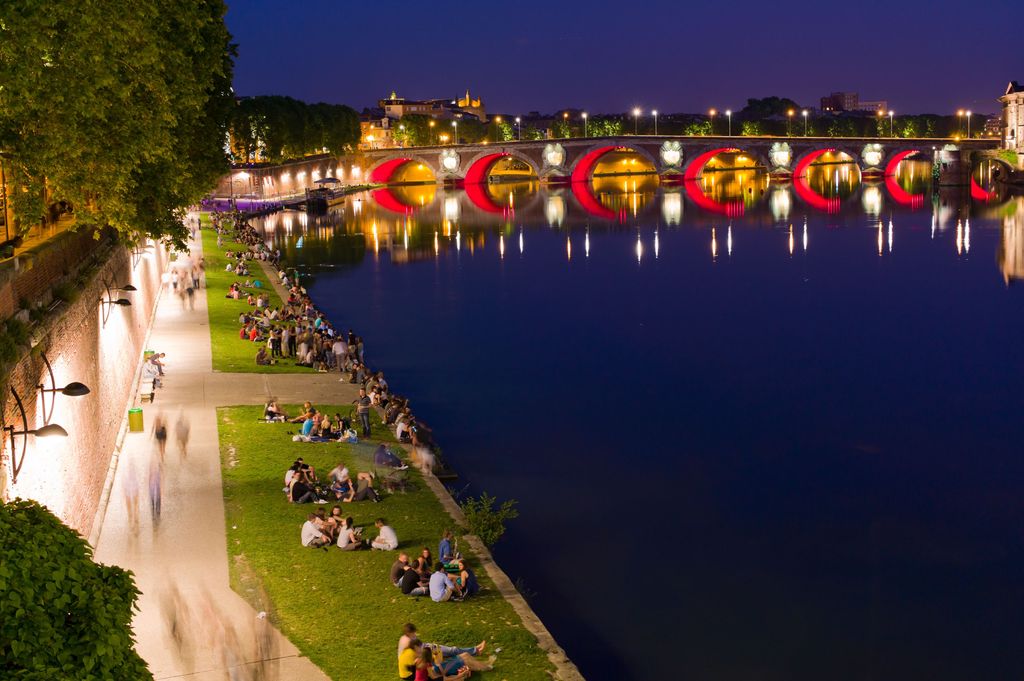 Toulouse : river's Garonne promenade at night. In the end, the Pont Neuf (we live in front). 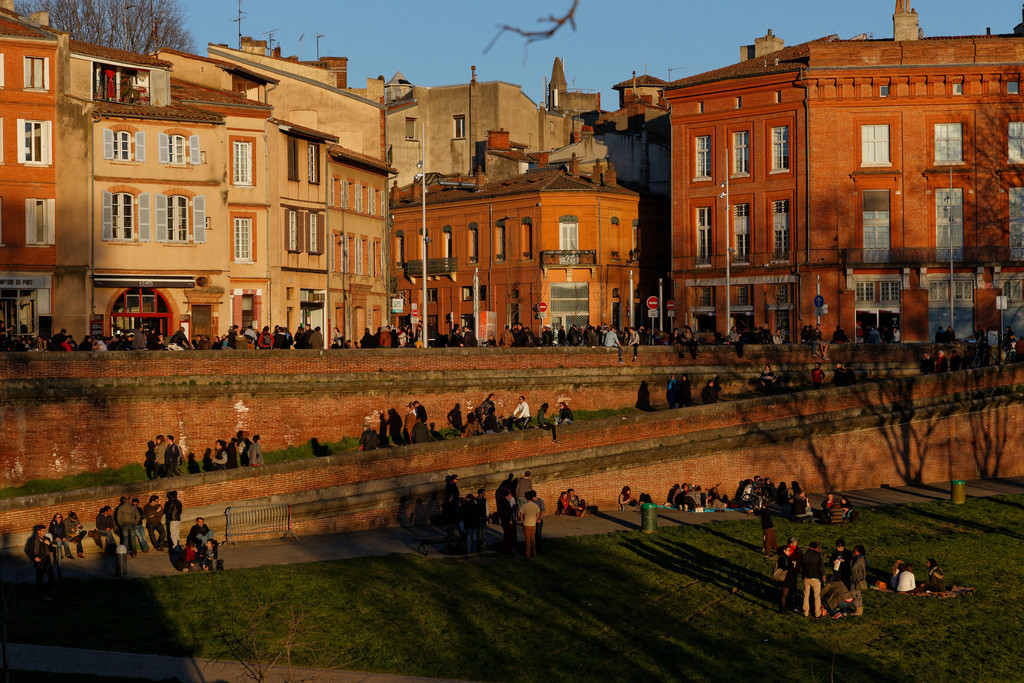 Place de la Daurade, on the shore of the river Garonne (5 min walk from home) 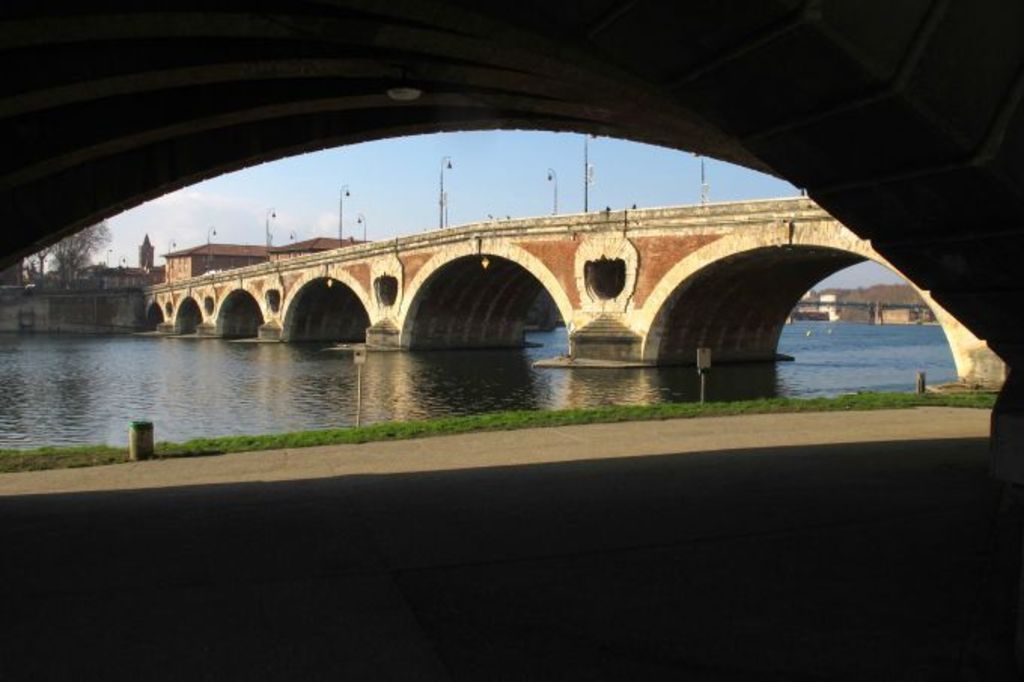 The Pont Neuf and the river walk : this is in front of our home. 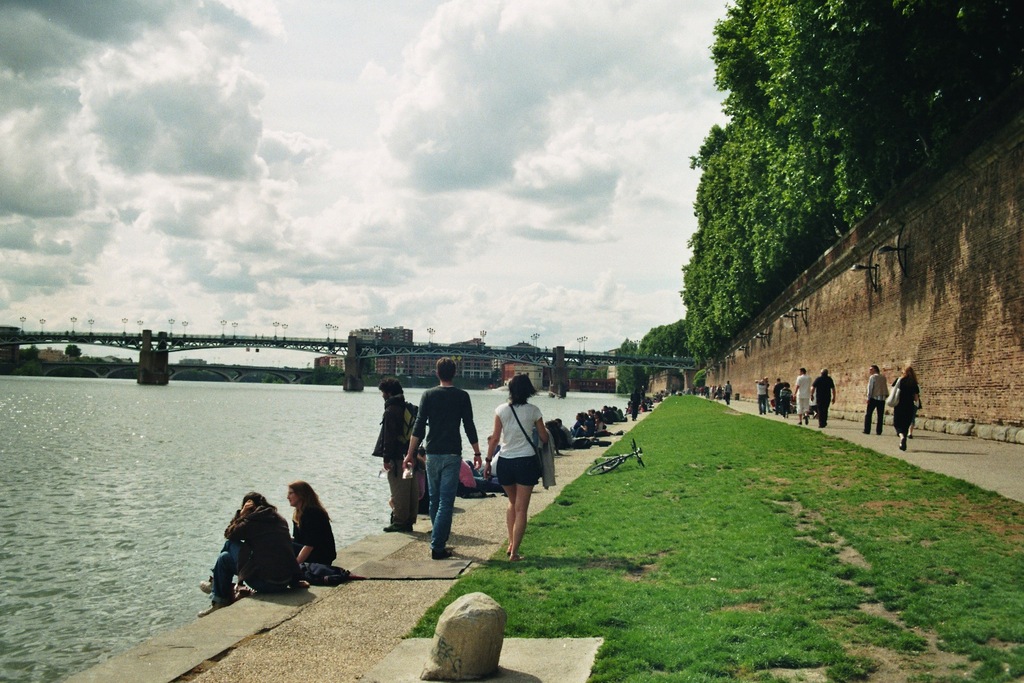 The promenade by the river, close to the Pont Neuf. 200 m from home. 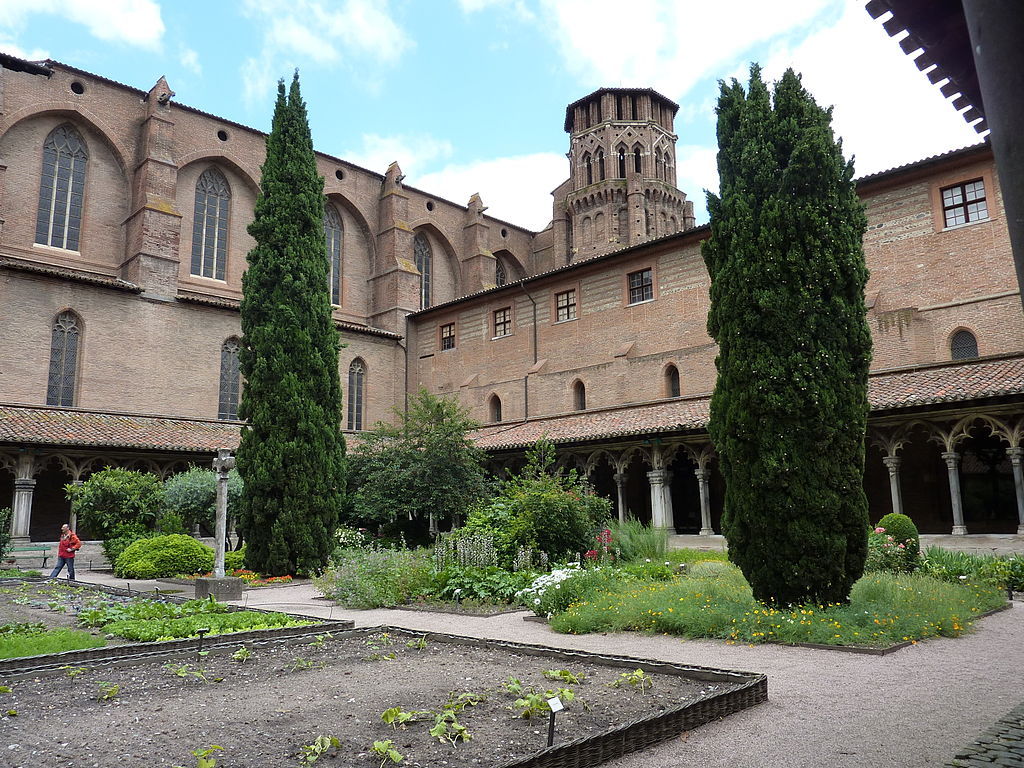 Church, closter and museum of the Augustins (art from X-XIXe centuries). 5 min walk from home 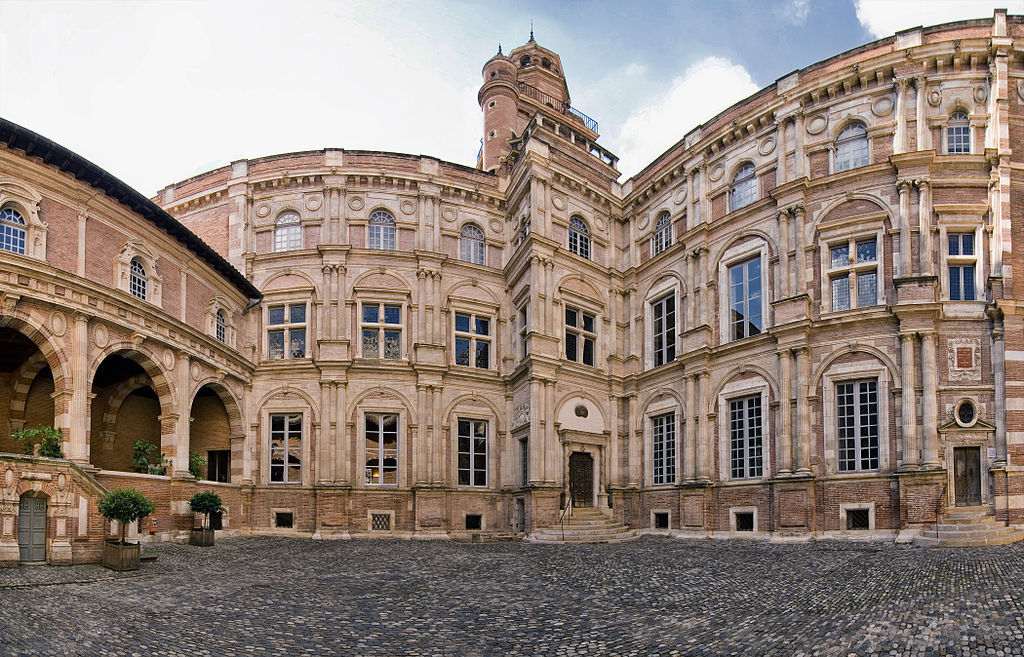 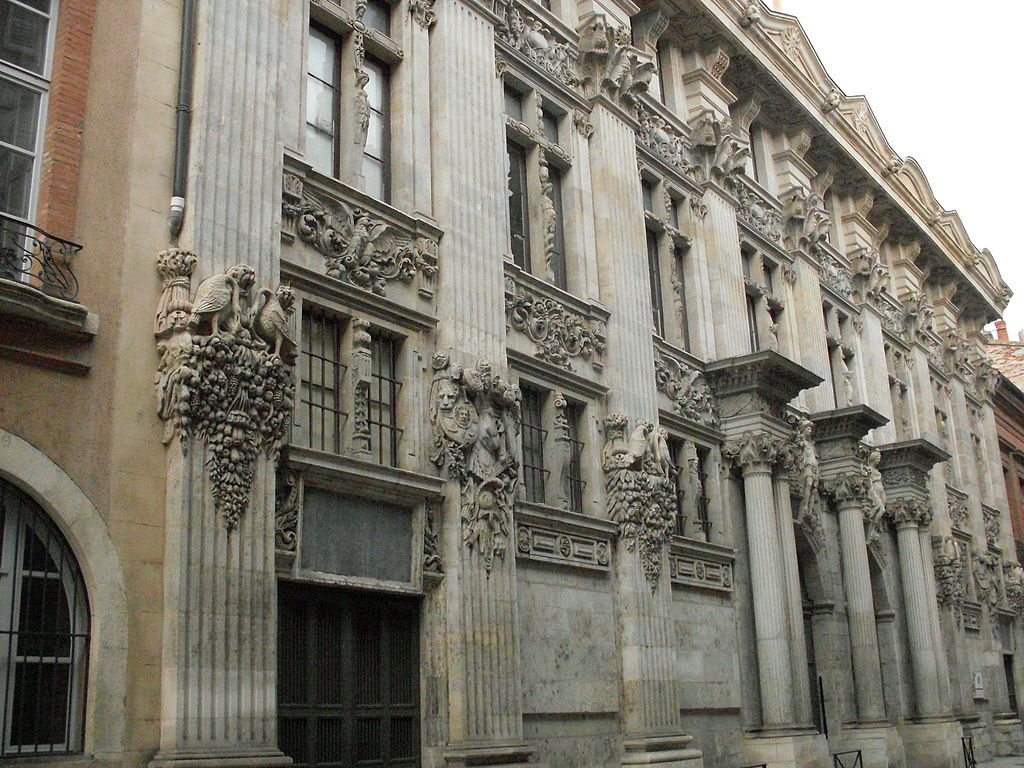 Place de la Trinité, 3 minutes walk from home. A good place to have a drink ! 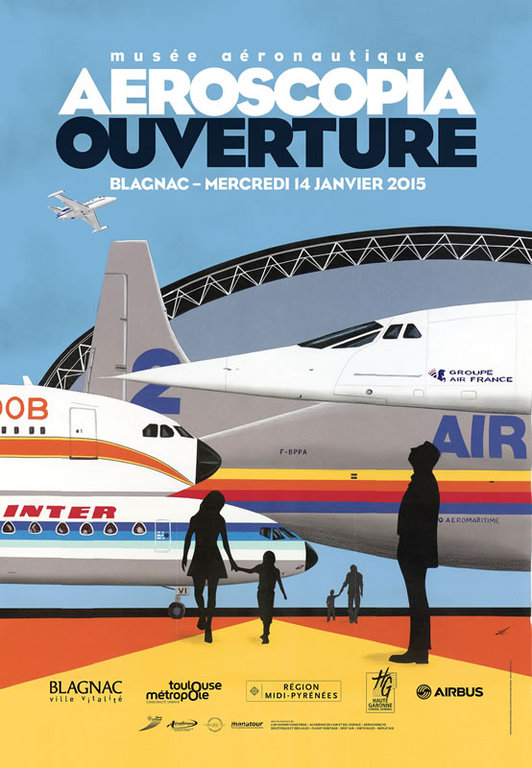 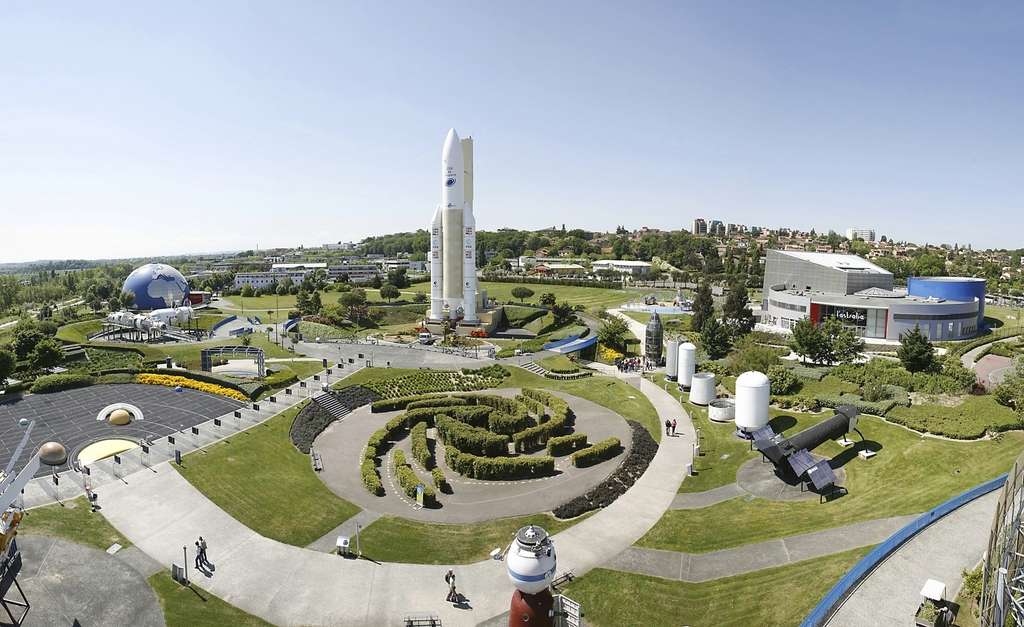 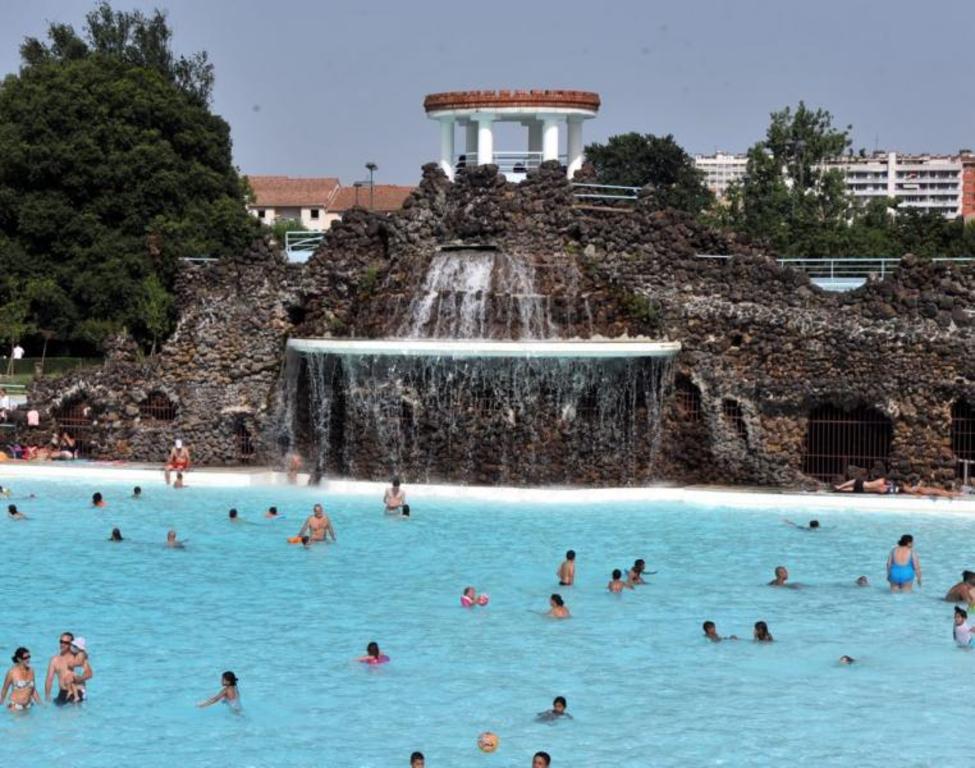 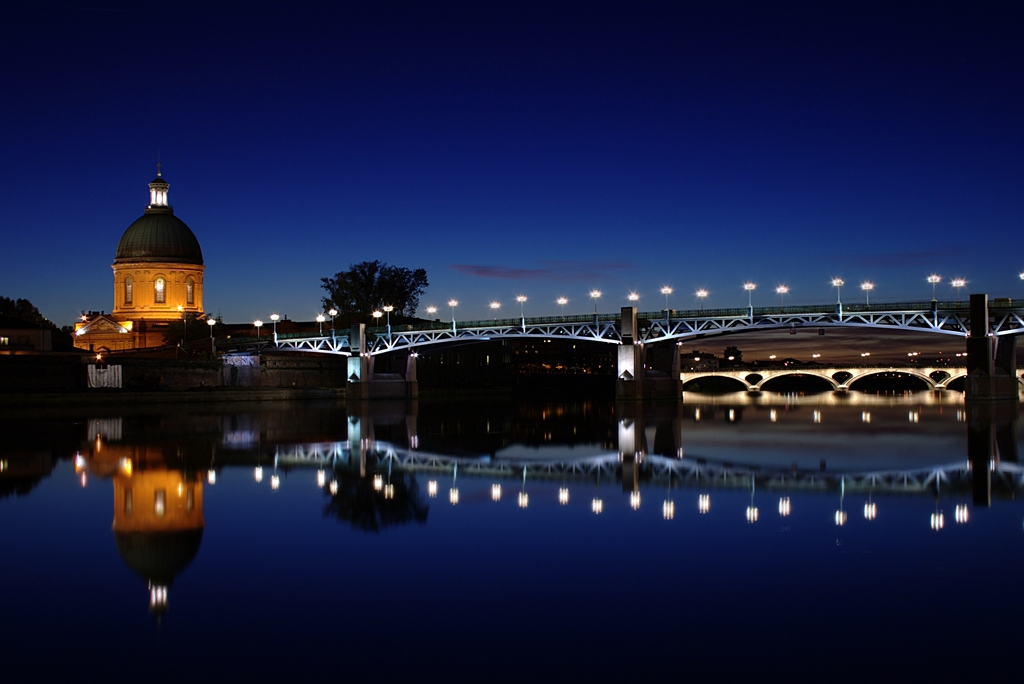 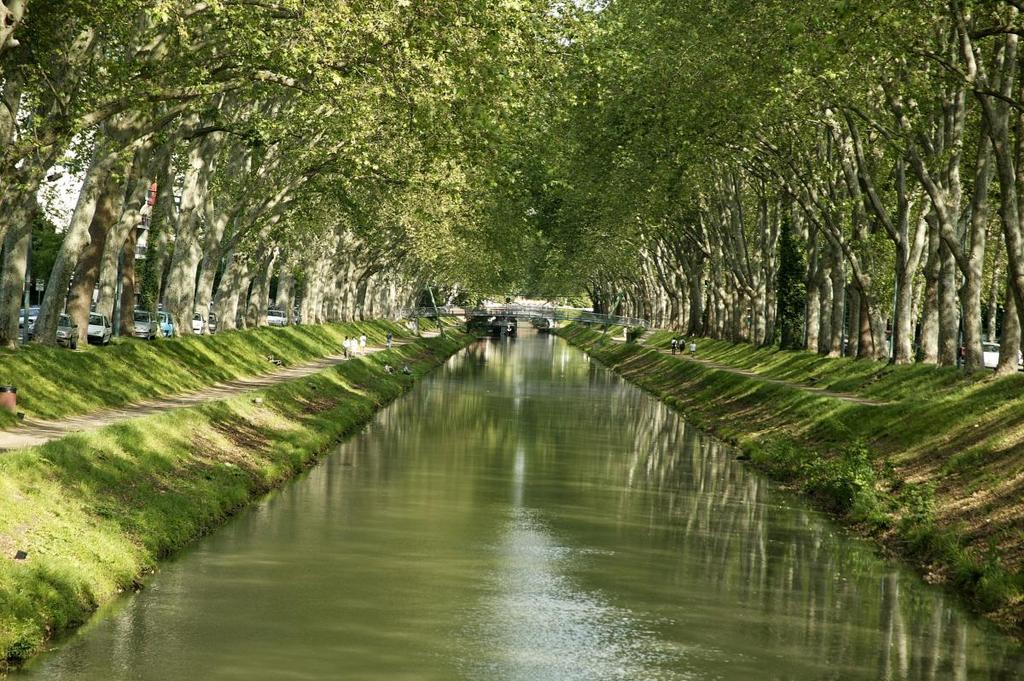 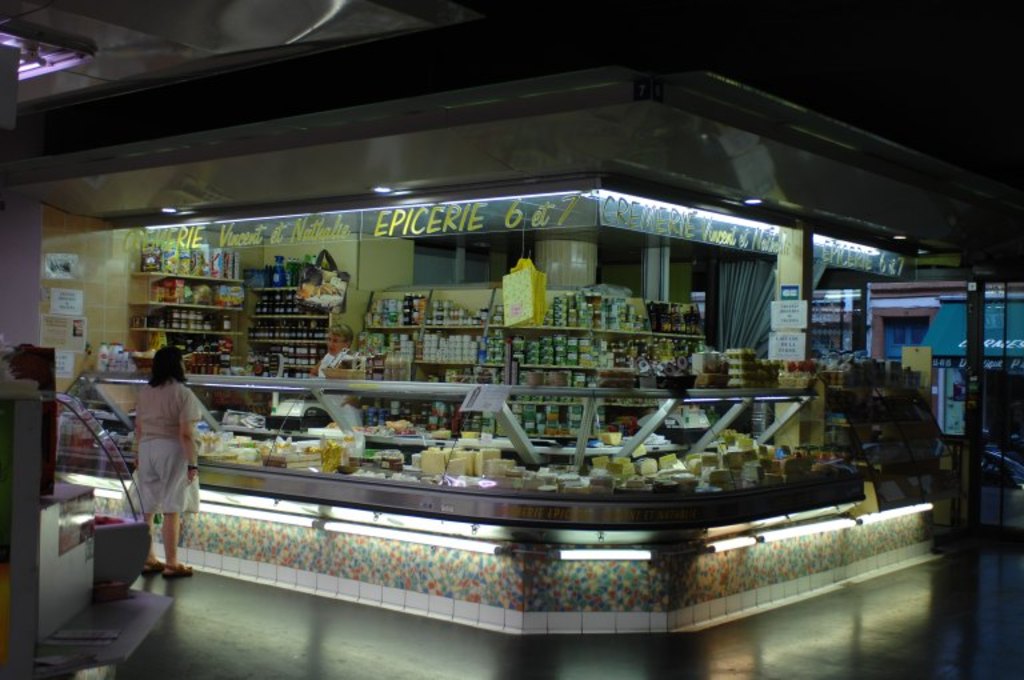 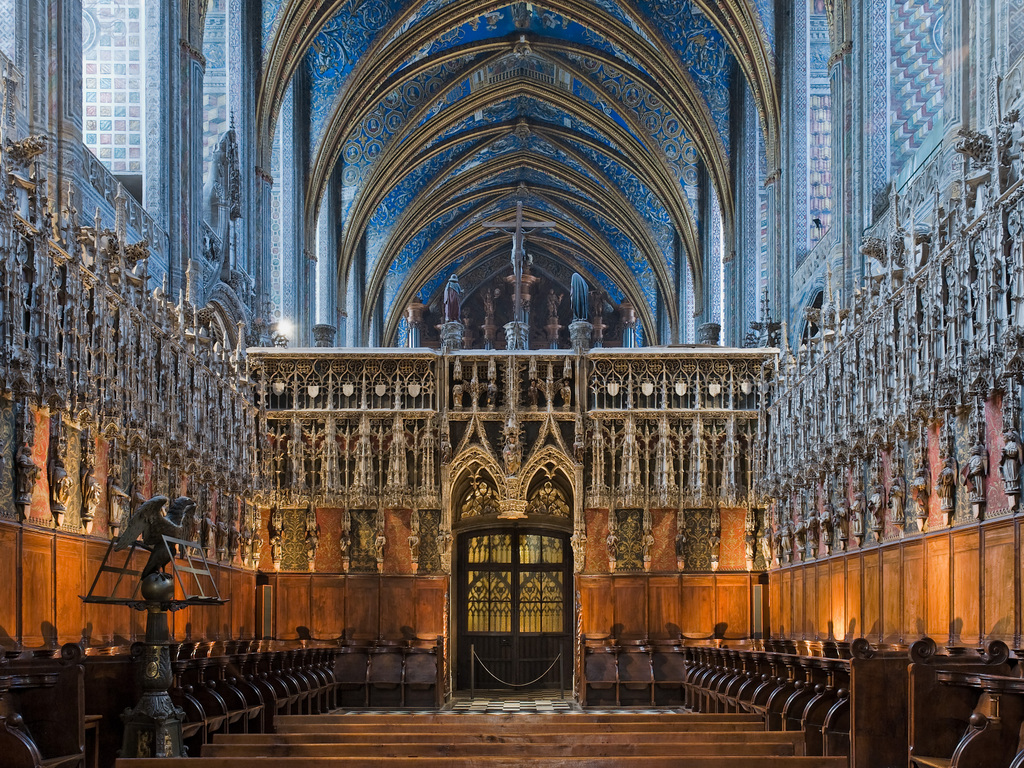 1 h from Toulouse : Albi and it's cathedral 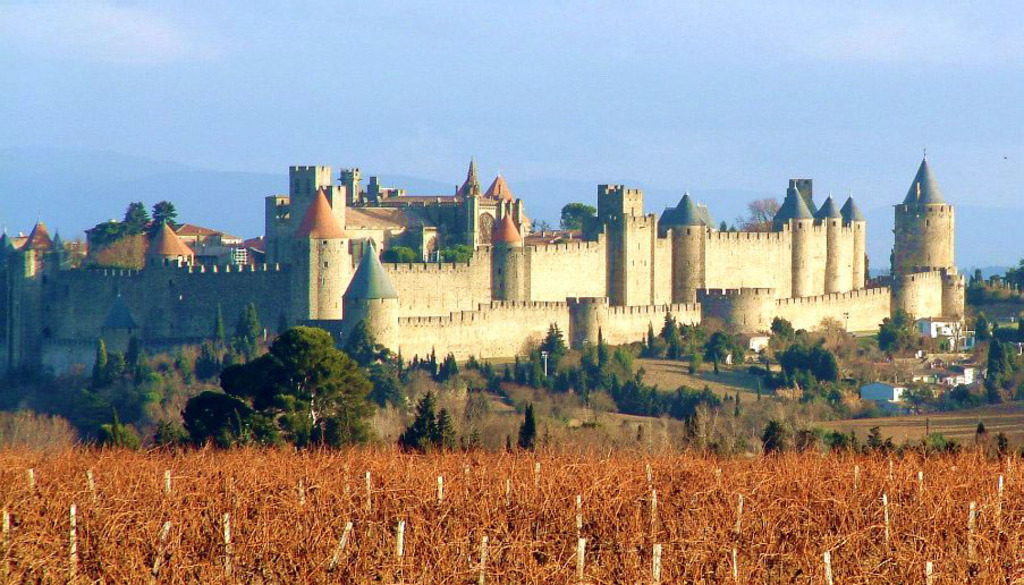 1 h from Toulouse : the medieval city of Carcassonne 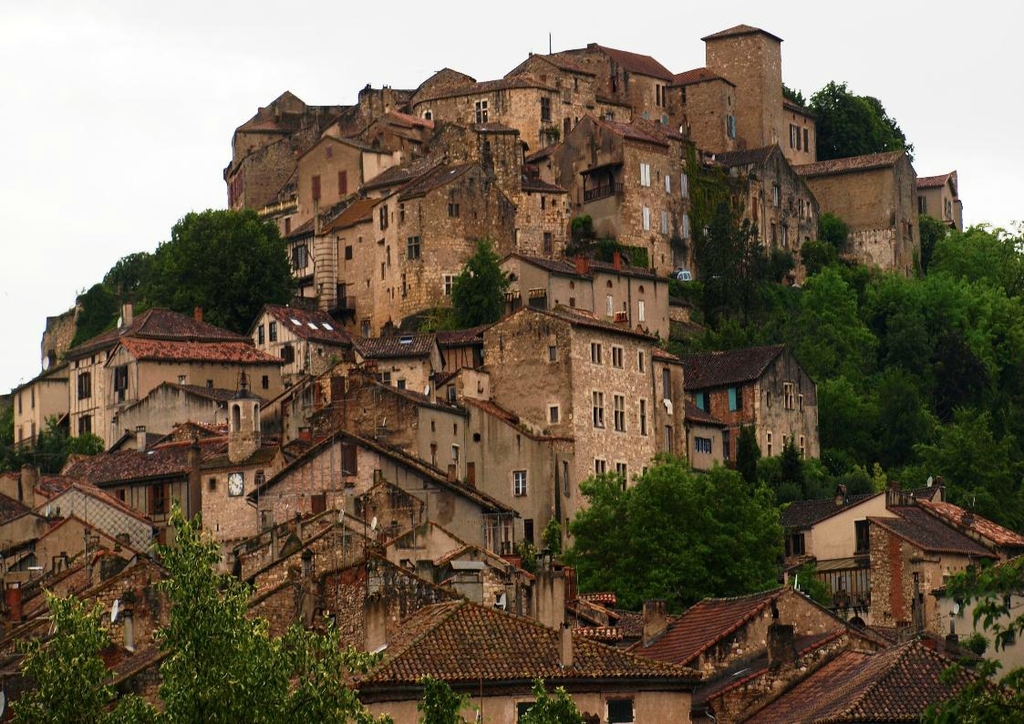 1 h from Toulouse : the medieval village of Cordes-sur-Ciel 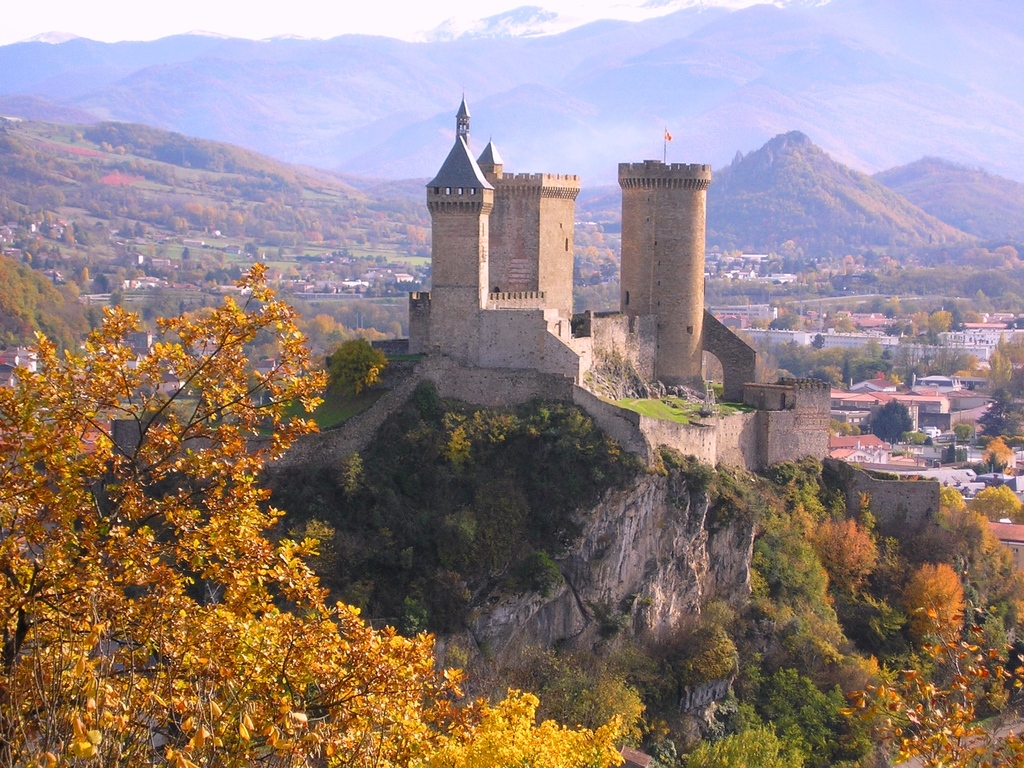 1 h from Toulouse : the Castle of Foix, and beyond it, the Pyrenees

A big apartment in the heart of the historic city of Toulouse (South of France), in front of river Garonne.

IN ONE WORD :
Our big, comfortable flat of 150 m², suits 6/7 persons. Located in the center of Toulouse, it's a perfect base to discover "la ville rose" ("the pink city", nickname of Toulouse because of the red-pink bricks that gives its special charm to the city) and its beautiful surroundings. Toulouse was ranked in Lonely Planet's best in Europe 2014. See how the famous travel guide describes the city :
http://www.lonelyplanet.com/france/toulouse/travel-tips-and-articles/toulouse-la-vie-en-rose-in-frances-pink-city

THE APARTMENT :
Our apartment is a 150 m² flat, with 6 rooms, on ground floor, but not on the street : the windows open on internal decorative courtyards (not open to public). It has 1 big living room / kitchen (53 m²), 4 sleeping rooms, 1 office.
The main sleeping room has a 160 cm width bed ; the guest room has a 140 cm width bed and our children's room has bunk beds. The fourth room is a children's playroom ; it has a baby bed, and a 90 width matress can be added on the floor. This makes a total capacity of 6, or 7 wth the additionnal matress (even 8 with a baby).
There are also 2 bathrooms and 2 separate toilets.
All rooms have a terrasse access (2 terrasses surround the flat).
The flat has all the commodities : wifi, LCD TV (with Netflix), CD reader, washing machine + tumble-drier, dishwasher, espresso coffee machine, electric oven, microwave oven, toaster...
2 securised parking lots (underground)

LOCATION AND NEIGHBOURHOOD :
Located just in front of the Garonne river, with its pedestrian promenade, the flat is in the historical core of the city, 10 minutes walk from the Capitole plazza - the main square of Toulouse.
The compound was built in 1983 (and the flat itself has been renovated in 2014), but it is situated in an old neighbourhood (Les Carmes) with a lot of Medieval, Renaissance, and XVII-XVIIIe buildings. The apartment, located inside a compound, is completely calm (no traffic noise at all), but the neighbourhood outside is very busy and lively, with pedestrian streets, lots of shops and restaurants, small charming squares with fountains and coffee-shops terrasses...
Most of the places of interest in Toulouse can be reached walking from our home, but we also have an underground parking (with 2 slots) if you want to come by car.
You can find all commodities near the apartment : supermarkets, market (marché des Carmes, with local and traditionnal quality food products), bars and restaurants...

Culture and history :
Toulouse has a lot of great churches and cloisters to visit, in both roman and gothic style : Saint-Sernin, Les Jacobins, Saint Etienne are amongst the most remarkable ones. The Capitole square and it's townhall from XVIIIth century are another popular place. The banks of the river (docks from XVIIIth century) and the Pont Neuf ("new bridge", back from XVIIth century), the narrow street of the ancient city : all the historic sector of the city is within walking range from home.
There is also a rich museum offer : antic, medieval, modern and contemporary pieces of Art are to be seen in the museums of St Raymond, Les Augustins, Les Abattoirs. There is a natural history museum, and, as a main aeronautical and space center (Airbus, European Space Agency, National Center for Spatial Studies, Meteo France...), Toulouse has also a "Cité de l'Espace", where you can see an Ariane rocket, the Mir space station and a Soyouz vessel - also a planetarium, 3D movies, etc., but also a brand new aircraft museum (called "Aeroscopia") with a Concorde plane.
Toulouse and South West France are also known for the gastronomy (local specialities include duck meat and casssoulet) and the wines (Fronton, Gaillac, Corbières...)

Sports and relax:
Just go out of the apartment and you can follow the pedestrian walk along the shores of the river ! Very refreshing and nice in summer. If you have children, two nice parks are very close : la Prairie des Filtres (across the Pont Neuf, along the river), and Le jardin des Plantes, in XIXth century english garden style (10 minutes away)
In the summer, 15 min away walking, the Sport Park, on an island of the river, provides huge open air swimming pools, with children games, sandboxes, tennis, volley, badminton, ping pong facilites, at very reasonnable price (entrance to the park is less than 3 € per adult).
If you like cylcling, the Canal du Midi (XVIIIe century) offers a nice cycle way (also suitable for walking or running) under the shadow of its centenerial trees (the way follows the canal until the sea if you dare...). Bike rental available.
In the coutrysides and forests surrounding the city, many hikes and gentle walks are available.

THE REGION
Within an hour drive or local trains, the region offers other beautiful medieval cities and villages, such as Carcassonne, Albi, Cordes sur Ciel, Moissac....
The Pyrenees mountains are just a bit more than 1h away (many possible hikes, mountaineering...) and the Mediterranean sea is 1h40 away for the closest beaches.

This member has completed 10 home exchanges. Those referenced below may contain feedback/impression from its exchange partners:

ES1015937
Feedback: Toulouse is beautiful and worth visiting. The apartment was huge, with very large spaces, parking in the same building, and very close to the historic center. The family is very friendly and welcoming. It has been a highly recommended experience in all aspects.